With Germany’s final surrender in May 1945 and Japan’s surrender in August of the same year, WW2 was officially over. The war had been expensive and had caused years of deficit spending. The Truman Administration was determined to balance the national budget. It seemed that America's vast military power was no longer needed, so appropriations were drastically slashed. One unit after another was disbanded. Most military equipment was discarded and some was sold.

On March 21, 1946, the United States Army Air Forces underwent a drastic reorganization. It activated three combat commands: the Strategic Air Command, the Tactical Air Command, and the Air Defense Command. The Strategic Air Command was created through a redesignation of the Continental Air Forces. The Bolling Field headquarters went to SAC while the aircraft, men, bases and other resources were distributed between the three commands; the majority of them went to SAC. General George C. Kenny was named as SAC's first commanding officer. He assumed command on October 15, 1946.

SAC's mission was best described by General Carl Spaatz, Commanding General Army Air Forces:
- to be prepared to conduct long-range offensive operations in any part of the world
- to conduct maximum-range reconnaissance over land or sea
- to provide combat units capable of intense and sustained combat operations employing the latest and most advanced weapons
- to train units and personnel of the maintenance of the Strategic Forces in all parts of the world
- to perform such special missions as the Commanding General Army Air forces may direct

On March 31, 1946, only ten days after SAC was formed, the Second Air Force was inactivated and replaced by the newly activated Fifteenth Air Force of World War II fame. It brought into the newly formed Strategic Air Command ten existing very heavy bombardment groups. Demobilization was in full swing and few were fully equipped and manned. Eight would soon be deactivated. Only two survived.

The newly formed Strategic Air Command was ill-equipped to handle such an ambitious mission. It had inherited the headquarters buildings previously occupied by the Continental Air Forces at Bolling Field and some of the "operational assets" that had been assigned to it. These included one numbered Air Force, the Second Air Force, with headquarters at Colorado Springs, the 311th Reconnaissance Wing at Buckley Field Colorado and a motley assortment of bomber and fighter groups, most of which were more concerned with demobilization than with maintaining a combat-ready status.

During the fall of 1946, new bombardment groups were activated. SAC had two numbered air forces (2nd and 8th) and nine bomb wings. These nine bomb wings were drastically undermanned and underequipped. Only six had aircraft. At the close of 1946, they shared only 148 bombers, all B-29s. Virtually all were equipped to drop conventional bombs, as the United States then had only nine A-bombs.

The U.S. Air Force is Established

On September 16, 1947, the United States Air Force was established as a separate and equal element of the United States Armed Forces. The fledgling Air Force quickly established its own identity. Army Air Fields were renamed Air Force Bases and personnel were soon being issued a new uniform. The "brown shoe days" were over. Organization initially remained pretty much the same with the Strategic Air Command, Tactical Air Command and Air Defense Command still being its combat arms. The group organization that was carried over from World War II remained in place only temporarily. By October and November, there was a complete reorganization under the Hobson Plan.

Hobson Plan: Once the new Air Force was free of Army domination, its first job was to discard the old and dreadfully inadequate ground army organizational structure. This was the "Base Plan" where the combat group commander reported to the base commander, who was often regular army, with no flying experience. This sometimes resulted in ludicrous situations.

SAC's basic organizational unit became the Base-Wing. Under this plan, combat squadrons were temporarily assigned to combat groups, which were in turn assigned to a wing. The Wing Commander was an experienced air combat leader. The base support functions - supply, base operations, and medical were assigned to groups, assigned to the wing. The group of this period was really nothing more than an administrative unit and consisted of nothing more than a designated commander and one assistant. As the paperwork caught up with what was actually happening, the combat group was completely discontinued. The administrative unit only survived in non-combat roles. The base and the wing became one and the same unit.
Prior to this, combat groups and support groups often carried different numeric designations. Under the new plan all carried the same. Thus the 2nd Supply Group and 2nd Medical Group were components of the 2nd Bombardment Wing. As a result of this new reorganization, all bomb groups were renamed bomb wings. This is reflected in the history and lineage of every unit. Over the years that followed, the Hobson Plan was further modified.

On June 22, 1948, the Soviet Union imposed a blockade, cutting off all ground routes for the Allies to enter or leave Berlin. It was clearly an act of defiance and test of Allied resolve. It seemed that the Allies would have no choice other than to evacuate the city. The Strategic Air Command prepared for war.

A month after the blockade was imposed, three B-29s from the 43rd Bombardment Group departed Davis-Monthan AFB, Arizona in an attempt to fly around the world.The Russians were undoubtedly surprised by the American resolve. They had no idea of how many B-29s carried atomic bombs. By quickly asserting its force, SAC blunted any thoughts that the Soviets might have had for pushing their armies further into Europe.

The Korean War began when North Korean forces crossed the 38th parallel. President Truman committed troops in spite of Gen Bradley declaring, ‘Wrong war, wrong enemy.’ Although the United States had thrown away its vast military power after the end of WW2 and military appropriations had been reduced to almost nothing, SAC was quick to respond and B-29s were hastily brought back into service.

Motto: “Peace is Our Profession"

Gen. Curtis LeMay reorganized the Strategic Air Command into an effective instrument of nuclear war. In 1948, he returned to the U.S. to head the Strategic Air Command at Offutt Air Force Base, replacing Gen George Kenney. When LeMay took over command of SAC, it consisted of little more than a few understaffed B-29 bombardment groups left over from World War II. Less than half of the available aircraft were operational, and the crews were under-trained. Base and aircraft security standards were minimal.

Upon inspecting a SAC hangar full of US nuclear strategic bombers, LeMay found a single Air Force sentry on duty, unarmed. LeMay recorded the incident in a memo to staff the same day, stating "This afternoon I found a man guarding a hangar with a ham sandwich. There will be no more of that."

After ordering a mock bombing exercise on Dayton, Ohio, LeMay was shocked to learn that most of the strategic bombers assigned to the mission missed their targets by one mile or more. "We didn't have one crew, not one crew, in the entire command who could do a professional job" noted LeMay.

A meeting in November, 1948 with Air Force Chief of Staff, Hoyt Vandenberg, found the two men agreeing the primary mission of SAC should be the capability of delivering 80% of the nation's atomic bombs in one mission. Towards this aim, LeMay delivered the first SAC Emergency War Plan in March 1949 which called for dropping 133 atomic bombs on 70 cities in the USSR within 30 days. Air power strategists called this type of pre-emptive strike, "killing a nation." However, the Harmon committee released their unanimous report two months later stating such an attack would not end a war with the Soviets and their industry would quickly recover. This committee had been specifically created by the Joint Chiefs of Staff to study the effects of a massive nuclear strike against the Soviet Union. Nevertheless, within weeks, an ad hoc Joint Chiefs committee recommended tripling America's nuclear arsenal, and Chief of Staff Vandenberg called for enough bombs to attack 220 targets, up from the previous 70.

Upon receiving his fourth star in 1951 at age 44, LeMay became the youngest four-star general in American history since Ulysses S. Grant and was the youngest four-star general in modern history as well as the longest serving in that rank. In 1956 and 1957 LeMay implemented tests of 24-hour bomber and tanker alerts, keeping some bomber forces ready at all times. LeMay headed SAC until 1957, overseeing its transformation into a modern, efficient, all-jet force. He served as Chief of Staff of the U.S. Air Force from 1961 until his retirement in 1965. LeMay's tenure was the longest over an American military command in nearly 100 years. 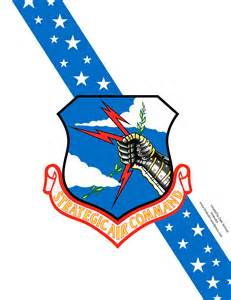